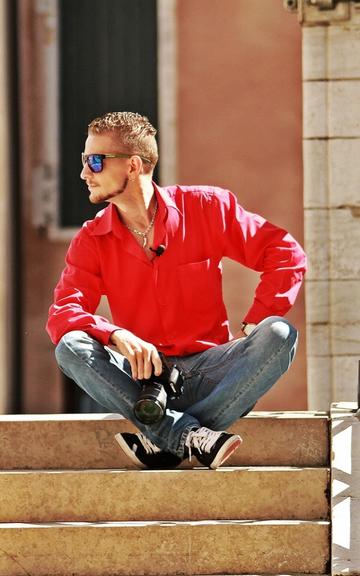 Denys Kushnarov is a Ukrainian filmmaker and journalist born in the Donetsk region, Ukraine. Graduated from the Donetsk National University, specialisation: translator (German, English), as well as from TV school. He has worked as a journalist and a screenwriter. In 2015 started to shoot documentaries as a film director. His documentary “Rocketman” has been awarded as the best Ukrainian short 2015 by National Filmmakers’ Union of Ukraine.
116 - (in production)
(Radio)Aktyvni Druzi (in production)
Odne Mistse (2016)
Voin (2015)
Make Music, Not War (2015)
Rocketman (2015)
Velykden (2015)